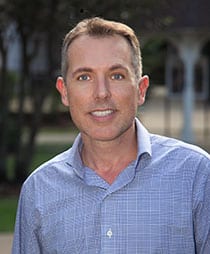 Trained in The Netherlands, Jeroen Kleine Staarman went to University College Utrecht where he graduated from PT school in 1992. The Dutch PT program focuses mainly on manual therapy, useful in an outpatient orthopedic setting. After having gained experience in Great Britain, Holland, Germany and Switzerland, in outpatient as well as inpatient settings, he decided to move to the USA. After having worked in home health, pediatrics, rehabilitation facilities, wound care as well as skilled nursing facilities, Jeroen returned to doing outpatient care at a variety of locations in Louisiana, Florida and California. After having completed the courses through the University of St. Augustine, McKenzie, Mulligans and the International Academy of Orthopedic Medicine, and several others, he completed the certification for Triggerpoint Dry Needling in the beginning of 2013. Jeroen joined POSM after having been Clinical Director at an outpatient clinic in Metairie for 14 years.